The Dog Who Listens to Jack Kerouac

My daughter tells me her white shepherd
Swallows, with food, one pill each morning
To settle its nerves through another
New York City day.  Someone, she says,
Is always outside, drunk or angry
Or loud to themselves on the sidewalk.
While I'm gone, there's traffic, repairmen,
The tenants who shut and open doors.
She named that dog for the white shepherd
In a novel, romantic, perhaps,
Or sentimental, but she tells me,
This summer, the light comes so early,
Her lover rises with the dog's moans
And the tongue that insists on comfort.
That after walks failed, after music
From bluegrass to jazz to the sadness
Of Billie Holliday changed nothing,
He played the voice of Jack Kerouac
Reading from The Subterraneans
And On the Road, the long sentences
Sending her dog back to the light sleep
Of listening, the man she'll marry
Using the oldest home remedy
For anxiety.  "Listen, Clem," he says, "good boy,"
The benevolent words of the dead beginning.


Love, romance and relationship quotes for your soul 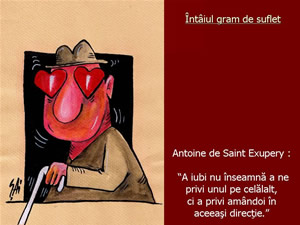